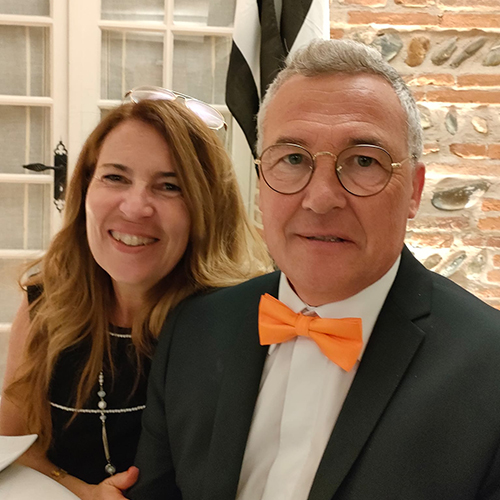 Thierry and Laurence are the pastoral couple at the Perspectives church in the Saint-Louis district of Marseille. This is an economically poorer area with a largely Muslim population, but there are also Romani people, older people with Italian or Armenian heritage, and many more recent immigrants from various African and Asian countries. Over recent years, the church has offered regular French classes as well as other outreach events such as concerts and community meals that have led to several baptisms. The church has several couples who are heavily involved in running things, a number of young people leading other youth in music and technical roles, women invested in pastoral work and welcome teams, and several preachers and teachers. The church also works alongside a missionary who's started a Bible Club on a challenging housing estate. Laurence's main role is as an evangelist and the Lord gives her various contacts wherever she goes. Among the women she's worked with, some have been converted, baptised, or have started coming to church. She also works at building bridges between non-Christian young people and the church youth. Thierry serves as the church's pastor and, like Laurence, tries to walk alongside contacts who are discovering the Christian faith. The church has outgrown its current premises and really needs a new building, especially for Sunday School. The church's number one priority is now to search for bigger premises in the area, though this will represent a significant financial challenge.

If you'd like to make a donation to support
Thierry & Laurence Steux
, you can do so here.
This is some text inside of a div block.