Jim & Annette Wheeler reflect on their time in France

After nine happy years, we’re due to retire back to the UK in December. Now seems an appropriate moment to review how the Loches church has developed during our time here.

When we arrived, church life was very active, having not only a new church plant but also a new Regional Training Centre for church planters, led by the pastor, Raphaël Anzenberger. It attracted many interested visitors and we became B&B hosts for frequent guests, some of whom enrolled for the training courses. Those trainees were young, giving energy, enthusiasm, and skills to the church’s life. In addition, English-speaking services were held twice a month for local ex-pats.

Most ex-students went on to Christian ministries elsewhere in France, some planting churches themselves. The English services were eventually stopped because those who attended had sufficient language skills to join the French services.

By 2015, the rent for our church building was becoming unaffordable. Months of searching led us to an old bus garage with a reasonable rent, but it needed massive refurbishment to convert it into a church. With the assistance of working parties from the UK, the building was ready for our first service in November 2015, just before funds ran out. We thank our friends from other Perspectives churches for their loans for the project and, of course, God for helping us through the crisis.

As planned, the Training Centre moved elsewhere in 2018, coinciding with Raphaël’s departure from Loches. Of the ex-students, only two couples remained, Greg & Nicole Saldi and Emmanuel & Rebecca Hochet, who were tasked with planting a new church in nearby Descartes. Greg now has the unenviable role of pastoring both Descartes and Loches.

As well as fewer students, some key families moved away in 2019, reducing the church membership; then this year Covid-19 added to our difficulties, but a decision by the leadership to hold meetings outdoors this summer has given a new spirit of creativity, which Greg will tell you about in the second part of this article. 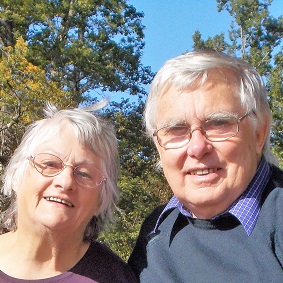