How can French churches reach out with the gospel in secular France?

For almost ten years I chaired the Evangelism Commission of the CNEF (National Council of French Evangelicals). Our aim was to help French churches in their mission to bring the gospel to those around them.

We organized three surveys to try to identify thebest ways to communicate the gospel today. The first one was among CNEF pastors, another one was among people who’d recently been converted from a non-Christian background, and thirdly we commissioned a study from a professional survey company to find out what non-Christians thought about the subject. We received a lot of interesting data but in every case the stand-out conclusion was the same: the gospel is best communicated through building relationships with unbelievers (e.g. over a cup of coffee at work or with neighbours). The Commission organised the making of two short films called Envoyé-s (“Sent”) to encourage church members to do this, based on the saying of Jesus in John 20.21: “As the Father has sent me, I am sending you.”

The Evangelism Commission continued to work on the subject between 2019 and 2021, particularly as far as local churches were concerned. Our resulting report is a call to prayer and action, presenting an approach to evangelism which we hope will enable evangelical churches to remain relevant in the contemporary world and to reach the many secularized French people who live without any religious affiliation. Indeed, millions of French people have no contact with the Christian faith, sometimes for several generations. There is a huge lack of religious knowledge in general and a negative attitude towards Christianity in particular.

In order to better appropriate its recommendations, the report also includes a workbook intended for group use, so that churches can think through the implications in their local context. This report is already available online and a book version is due to be published on 23rd November this year. Please pray for its Kingdom impact. 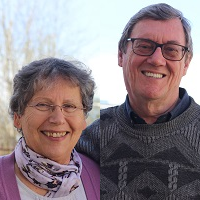