From Brazil to Châteauroux (via Guinea and the UK!)

Before providing an update on the church in Châteauroux, it may be helpful to introduce ourselves. Sueli and I (Elcio) are both Brazilian and I received the Lord’s call to serve as a missionary-pastor at the age of 20 while working for an export company at São Paulo airport. I’d been brought up in an evangelical family but had never thought about learning another language or going to live in another culture. However, after completing my theological studies, I did missionary training with YWAM and started working with Amazonian people groups before moving to southeast Brazil where I worked among the poor in the slums of Belo Horizonte. In 1994, Sueli and I moved to West Africa with our two small boys, Eduardo and André, to start work in Guinea where missionary activity had been re-authorised in the 1980s. We learned our French in Guinea and would end up spending 12 years there.

After a short period back in Brazil, we returned to the mission field – this time going to serve a Portuguese-speaking church in London. After four years there, we met up with Paul Cooke (FM’s UK Director) who introduced us to France-Mission before they merged with Vision-France to become Perspectives. This led to us moving to the Paris region in April 2013 as the pastoral couple at the Perspectives church in Asnières-sur-Seine. We spent eight happy years there, with the last 15 months being particularly marked by the Covid pandemic. We were thankful to the Lord for providing Patrick Butsapu to take over as pastor when we moved on.

In August 2021, we arrived in the Indre department to take over from Paul & Marjorie Dowling as the pastoral couple in Châteauroux. It was a good time to start as it coincided with la rentrée – the back-to-school period that always signals the start of a new church year in France. In addition to our Sunday worship services, we also have in-person midweek prayer meetings and we’ve recently restarted a fortnightly Bible study. Our prayer is that increasing numbers of new people will join us for these activities.

We were delighted that the service we held to mark this year’s rentrée was full. We had a wonderful time of praise and thanksgiving, which included a presentation of the various ministries in the church and committing those involved to the Lord’s leading and care. The service was followed by a shared meal. Please pray that the Lord will enable us to grow both in numbers and in spiritual maturity as we seek to focus on four key values: service, unity, sharing, and joy. We’ve been pleased to welcome a number of newcomers over recent months. Please pray that they’ll become increasingly deeply rooted in the Lord and will want to commit to a life of discipleship with us.

Over the summer, our young people spent a countryside weekend together – a wonderful time of relaxation and learning from God’s Word. We’ve also been blessed by visitors from the UK who’ve come to worship with us while on holiday. By the time you read this, our joint weekend with the Perspectives church in Argenton-sur-Creuse will just have taken place (15t-1October) following a two-year break caused by the pandemic. Please do pray that both our churches will continue to witness faithfully in this part of central France. Thank you! 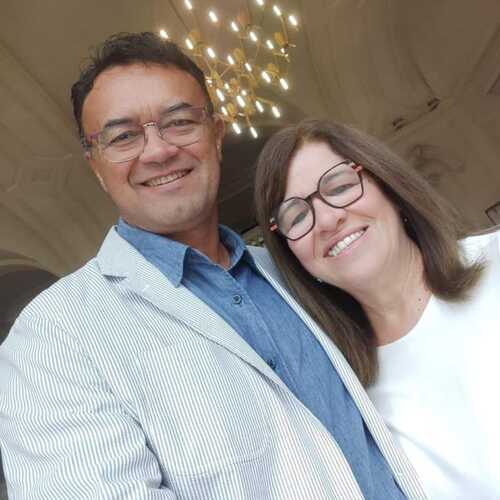