Daniel Liechti, former Director of Development with Perspectives, looks back on 18 years’ service

Over the summer, and as had been planned for a while, Daniel stepped down from his role on the Perspectives core leadership team (he remains a “detached pastor” within Perspectives). His end-of-mandate message to colleagues provided a helpful summary of significant changes over the past couple of decades. Here are some of the edited highlights:

Although the future interests me more than the past, this is an appropriate moment to look back: to give thanks to the Lord for His faithfulness over the past 18 years and also to thank colleagues who’ve helped me learn so much.

Long before Perspectives was created from the merger of France-Mission and Vision-France, I joined FM’s leadership in 2001, with a brief to work as a “visionary strategist” alongside the other directors at the time: David Rowley, Daniel Borde, and David Brown. We already knew each other a little as I oversaw church-planting with the FEF (Federation of French Evangelicals). I was very positive about France-Mission’s desire to multiply local churches willing to share the gospel in under-evangelised parts of France. Several churches/plants with which I’d been working closely in the Somme area (Abbeville, Amiens, Albert) and in Firminy also joined FM at this time.

During my first couple of years with France-Mission, I started creating regional networks. In 2005, when David Brown took over as General Secretary for student Christian Unions in France, I took on a wider role within FM, focusing on three main areas:

(1)    Reimagining FM’s church-planting vision, putting greater emphasis on teams with members drawn from various parts of France to limit the strain on the local “mother church”.

(2)    Clarifying the role of “pastor” to facilitate collaboration and mobility. This also led to more targeted training for volunteer leaders.

I’m grateful that, supported by France-Mission’s National Board and AGM, we were able to maintain unity while navigating these significant changes.

About 10 years ago, thanks to the flexibility of my FM colleagues (especially fellow directors, Patrice Alcindor and Pierre Egger), I was able to focus more of my time on supporting church-plant projects. This tied in nicely with my involvement in the creation of the CNEF (National Council of French Evangelicals). I’d been talking about “1 pour10,000” – 1 evangelical church for every 10,000 people in France – with FEF colleagues since the late 1990s. It’s been a real joy to see this slogan picked up and applied by many others more gifted than I.

It’s encouraging that church-plants account for 20% of the places where Perspectives currently work; maintaining this kind of proportion should help avoid stagnation and stimulate renewal among existing churches. I’ll continue to pray for more church-planters, both French nationals and from overseas, to join the work.

For me, the future will mean focusing even more intensively on my role of training church-planters and teaching missiology to theology students at the Evangelical Faculty in Vaux and elsewhere. The courses, at both Masters and undergraduate level, are particularly important because they’re the only ones of their kind in francophone Europe.

May the Lord bless you all richly as you continue to serve His purposes in France.

Please do pray for Daniel in this new phase of ministry and also for the national leadership of Perspectives as they reorganise. Give thanks that two new Directors – Didier Fuin (for the South-East region) and Guillaume Hirschy (Administration & Finance) – were voted in at this year’s AGM, but please pray that the team might be strengthened further. 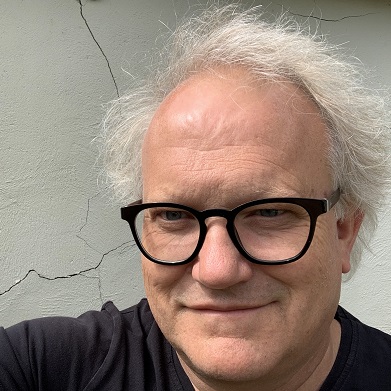