A new church plant on the Île de Nantes

Missionaries Colin & Catherine Puffett tell us about this new venture

Despite the pandemic, Perspectives has continued to plant new churches over the past couple of years. One is in the western city of Nantes, which was historically a major port 50km inland on the River Loire with a population of over 600,000 in and around the city. Perspectives already has a mature church in the north of the city, pastored by Patrice Alcindor who is just coming to the end of his mandate as national president of Perspectives. This sister church has been a great support for the church plant, sending some members to join the core team.

The plant is located on the Île de Nantes and is led by two couples: William & Esther Rooseboom (Franco-Swiss) and Colin & Catherine Puffett (from Australia). I was recently able to talk with Colin & Catherine about the vision for the church:

Why this location for the plant?

Although there are several evangelical churches around the edges of the city, there was nothing in central Nantes. The island currently has a population of 20,000, projected to rise to 30,000 in 5-6 years. The population exploded as the island went from industrial in the 1960s to deliberately developing the residential element in the early 2000s. It’s also a part of the city that’s benefited from urban regeneration with attractions like “Les Machines de l’Île” and there’s an interesting and deliberate mix of people living here - 25% social housing, 25% affordable housing, 50% market value.

How do you do things?

Together with the Roosebooms, and with the prayerful support of the Perspectives church in the north of the city, we spent a year from September 2020 to August 2021 living on the island (we’re only about 500m from William & Esther), building interpersonal networks and designing the church plant project. Our project plan was validated by Perspectives and so we invited a core team in summer 2021 and launched the church in September after a weekend away together. Our emphasis is very much on building relationships – in the team, of course, but even more importantly with those who don’t yet know Jesus. We get to know people from our children’s schools and through our involvement in various local activity groups. We try and build relationships in pairs with at least one other person from the core team so that people who don’t want to come into a church building nonetheless have an opportunity to witness the church in action.

Three Sundays in the month we have what we call a “moment en famille”, a simple family time where children and adults get together to think and talk about a Bible Story. Once a month we have something more like a “traditional” Sunday service. We started by having combined celebration services with our “sister church” and that worked well for a season, but we’ve recently rented spaces on the island and held our first two “celebrations”. There were about 30 of us in total and it felt as though the Lord really blessed our time together.

How can we pray for you?

·        That the church community might be visible throughout the week in all our activities, that our love for one another will show that we are Jesus’ disciples (John 13) and that our unity will confirm that He is God’s son (John 17).

·        That the growth we’re seeing and experiencing through intensive discipleship relationships with both believers and not-yet believers would continue.

·        For discernment as we pray about those to invite for next year’s intensive discipleship training and release this year’s members to launch their own groups around the centre of Nantes. 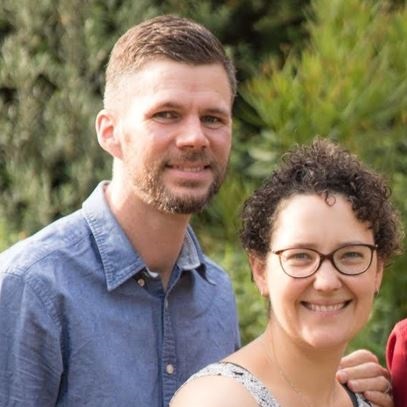